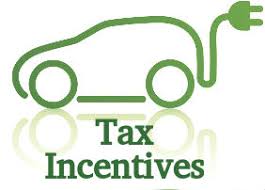 Electric Cars the New Must Have Tax Incentive

Earlier this year the UK government announced new extensive investment in green initiatives to be included in the 2020 UK budget. The main focus was reducing nitrogen dioxide emissions across the UK with £300million being dedicated to this.
The Chancellor announced significant tax incentives for zero or low emission vehicles with specific emphasis on electric vehicles.
To support these incentives the Chancellor also committed £500 million to a network of new rapid charging hubs so UK drivers are never more than 30 miles
away from being able to charge their car.
This investment together with these tax incentives does seem to be peaking the interest of the public, with a reported 62 percent increased interest in salary
sacrifice schemes for company electric fleet vehicles.  Employers are being encouraged by the tax incentives to explore what benefits could
be available to those while under lockdown.
According to UK Government statistics Road Transportation is the largest contribution to nitrogen dioxide emissions in the UK.
Source;
https://www.gov.uk/government/publications/emissions-of-air-pollutants/annual-emissions-of-nitrogen-oxides-in-the-uk-1970-2018

Flying During a Pandemic My Experience

Sign up to our newsletter for the latest Zezgo offers

HOW CAN WE HELP?

What can we offer you?